Ghamandi is an express TV drama, featuring Nazish Jahangir and Mohsin Abbas Haider in the lead cast. Nazish is a talented and beautiful actress and known for her versatile acting skills. Nazish Jahangir and Mohsin Abbas Haider have paired up as lead actors for the first time together. Viewers are excited to see an on-screen a couple of Nazish and Mohsin. Let’s have a look at the Express TV Drama Ghamandi Cast name, story, timing, and other details.

From 17th November on Every Tuesday at 8:00 pm on Express TV.

Ghamandi is directed by Javed Sohail and produced by Adnan Siddiqui and Akhtar Hussain.

The story of the drama serial Ghamandi revolves around Kubra (Nazish Jahangir). Kubra loves Daniyal and wants to marry him. His cousin Ghalib is in deep love with Kubra but Kubra is not interested in him because he is just a tailor. Daniyal forced her mother to marry Kubra and she agrees eventually. But on their wedding day, Daniyal couldn’t reach due to some issue. Kubra has to marry Ghalib due to her family pressure.

Kubra misbehaves with Ghalib and his family. She keeps on meeting Daniyal and he is still interested in her. Kubra wants Ghalib to leave her and causes a lot of trouble for him and his family. Eventually, Ghalib and Kubra get divorced and she married Daniyal.

Daniyal’s mother does not accept Kubra and things keep on getting worse between them. Due to Kubra’s arrogant behavior her married life become very tough for her. Daniyal is an emotional and in his anger he beats Kubra very badly. She gets wounded and then Ghalib comes to rescue her. 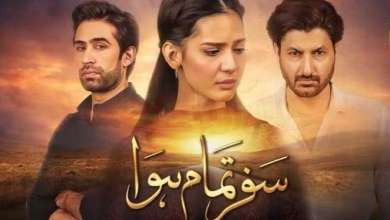 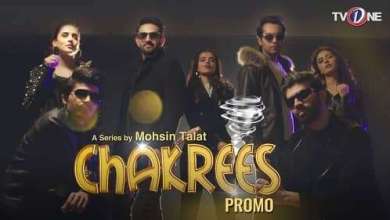 Chakrees Drama Cast Name Of Actors And Actress And Roles